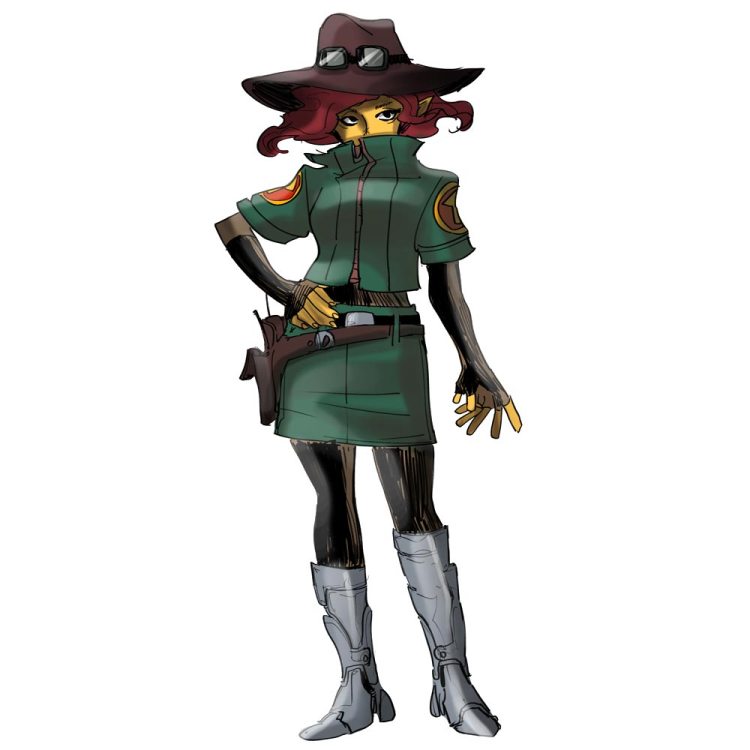 Private Jaloon Roe was an Orion rogue female grade 7 technician of the SSDC Special Ops Unit A7. She was assigned to the planet Khadash in the middle of the waging war between the Alliance and the Arachnid (Tra’la) forces. Her team’s objective was to escort 3 high-and-mighty Mutzachans for a special assignment. No other detail was provided. Upon landing on the planet, the squad was ambushed and most of her supporting team members perished in the first wave of combat, including her captain and two of the Mutzachans they were sent to retrieve.

With her commander and a handful of remaining members holding out in an abandoned hospital, it was clear that the mission was a failure and their only chance of survival was to abort and flee. With no hope of backup from the Alliance, the third Mutzachan discovered a ship close-by they could use to get off the planet. The ship was picking up survivors from the war-torn planet. Jaloon’s orders were to commandeer this ship and save the squad instead. Jaloon had conflicting feelings about abandoning the locals.

Unfortunately, the escape plan went Brown and the Arachnids pressed their forces upon Jaloon and her crew, leaving her as the only survivor. She barely made it to the ship, having her leg blown off in the process. She now uses a prosthetic leg and carries the emotional turmoil of losing her entire squad and reporting mission failure.