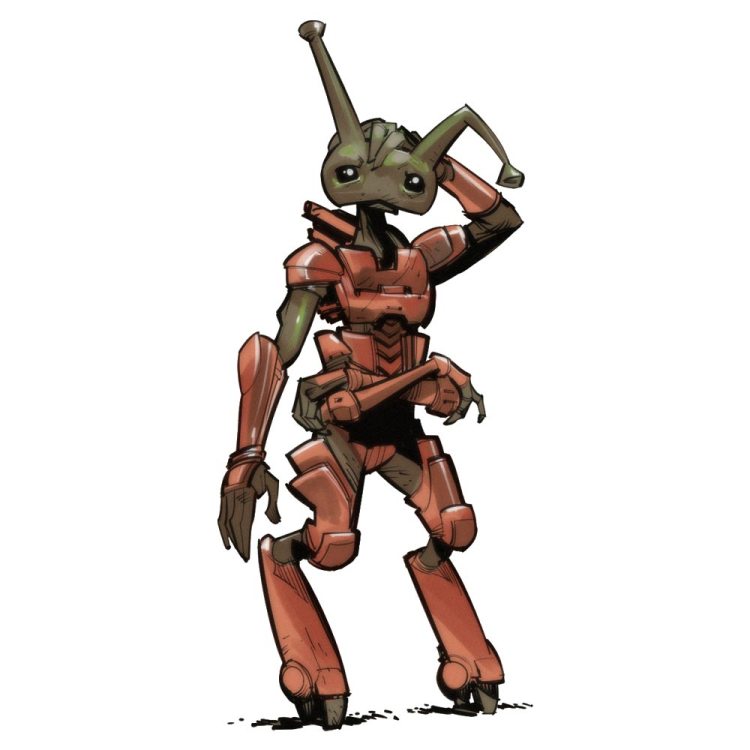 Utility was almost exactly like every other drone in the Dranit Hive. A low grade moron on his own, but becoming more intelligent in relation to the number of other Dranits around him. He spent most of his life happily doing exactly what all the other Dranits were doing, and thinking exactly what they were thinking. That was, until, he became the victim of a completely unprovoked Fott attack.

A Dranit with a broken antenna becomes cut off from the collective. Lacking the ability to draw on their fellow’s brain power, they mostly go insane or wander off to die. While trying to decide between these options, Utility was taken hostage by Cera during her escape from the Dranit Hive. Lacking anything better to do, and having little ability to generate his own ideas, he just sort of hangs around Roz and Cera. His continued survival is a source of constant surprise and wonder.